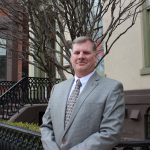 Allen and his Wife Patty are lifelong residents of Cape May County. Allen has been with Tuckahoe Turf Farms since 1984 and is currently serves as the farm manager. Tuckahoe Turf Farms produces turf grass for residential, municipal sales and also produces and installs turf grass on many of the professional ball fields in the north east. Allen has been a member of the Cape May County Board of Agriculture since 1987 where he has served as Director, Treasurer, Vice President and President. Allen was appointed Director to the New Jersey Farm Bureau in 2005 before being elected 1st Vice President in 2013 and President in 2022. Allen is also active in several other organizations including Cape Atlantic Conservation District, Costal Resources Conservancy as President, Rutgers Cooperative Extension Advisory Board of Cape May County, Cultivated Sod Growers of New Jersey as Vice President, Cape May County 4H Foundation, Turf Producers International committee for creation of National Sod Checkoff Program, and is an active life member of the Tuckahoe Volunteer Fire Company. He has also served on the New Jersey Agricultural Society Board, Rutgers-NJAES Board of Managers, Cape May County Covid-19 Business Recovery Task Force and Harley Davidson Advisory Panel.  Allen also is a graduate of the New Jersey Agriculture Leadership Development Program. Allen and his wife of 34 years have three children, two sons-in-law, three grandsons and two granddaughters.  They enjoy hanging around with their grandkids, traveling and motorcycle riding in their free time. 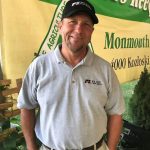 Gary is owner/operator of Cedar Hill Farm & Nursery, LLC, a small farm located in Middletown, NJ, and is 4th generation to farm the family land.  There he grows strawberries for retail sales and PYO, U-cut Christmas trees, vegetables, and some nursery stock. Gary is a 1983 graduate of Delaware Valley College, with a Bachelor of Science degree in Ornamental Horticulture.  He worked in the commercial landscape installation field immediately out of college for Moon Nursery – Rickert Landscape Division, Yardley, PA, as a site foreman, serving the northeast and Mid-Atlantic region.  He then came back home to Middletown to cleanup and farm the family property in 1986, while taking a job with the NJ Highway Authority – Garden State Parkway in the landscape office.  The Highway Authority eventually merged with the NJ Turnpike Authority, where he worked a total 34 years while farming the family farm, retiring in 2020 as the Landscape Manager, overseeing the landscape operations on both the Garden State Parkway and NJ Turnpike.  Gary has been a member of the Monmouth County Board of Agriculture since 1994, serving as its President from 2009–2012, and is the Board’s current Treasurer.  He has served on the NJFB Board of Directors since 2013. He is also a member of the Monmouth County Agricultural Development Board since 2007, currently serving as Secretary, and is on the Board’s Right-to-Farm subcommittee.  He is a NJ Licensed Tree Expert, where he does consulting and implementation of Woodland Management plans, along with Tree Risk Assessments.  He also currently serves as the Vice Chair of the Monmouth County Shade Tree Commission.  Most importantly, Gary is married thirty-eight years, to Beverly. Together they have two children, a daughter Sarah, son Christopher and daughter in law Kirstin. 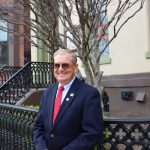